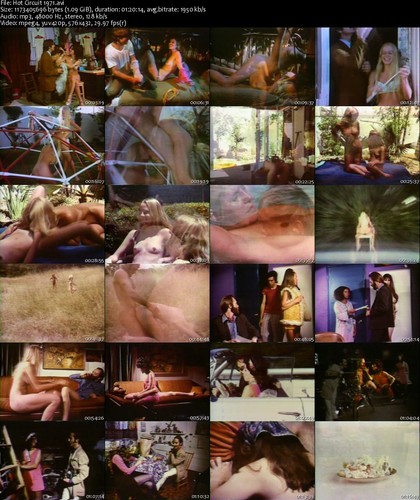 Description: When a married salesman sexually harasses a stripper, she decides to grant his wish but right above the public stage. The salesmen goes on for another job only to get tied up by a babysitter and her female friend. The babysitter then goes through a mutual lesbian seduction with her mother’s feminist friend, The Adventuress. Back at her mansion, The Adventuress finds herself with an initially anti-feminist woodcutter, who later gets intimate with a forest’s “nymph”. A producer then gives the “nymph” a casting couch, leaving him too exhausted for “his Girl Friday” secretary. She is instead seduced in a studio by a hustler who slept in her car. The circle completes as a pedestrian (the stripper) offers to take the hustler home in exchange for his expensive electrical dildo. She is disappointed when he is more interested in food, but her problem is solved when he accidentally spills whipped cream on her body.