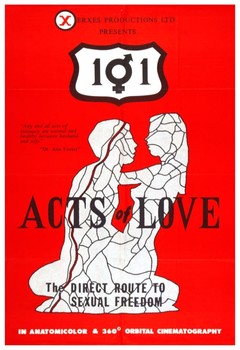 Description: Feature is hosted by one Dr. Ann Foster (Lindis Guinness with a funny British accent to add an air of class to all of this?). She’s a shrink who specializes in helping women overcome the difficulties that the encounter in their marriages, particularly when it comes to matters of the boudoir. And while the movie might start off as a fairly standard “doctor helps people with sexual issues” white coater, it soon tosses all of that to the side in favor of fantastically trippy footage of various people fucking under weird lighting and atop what looks like acetate platforms.

The whole thing takes on a tinge of sci-fi during these scenes. Sure, Foster’s dull narration keeps going and attempts to provide the picture with some sort of context but none of that matters when we voyage into the weird territory that this picture takes us into. There’s really no story here and the participants guide us through the fairly tried and true look at different sexual positions, but the visuals are so bizarre and, yes, seriously cool looking that you don’t mind so much. On a narrative level, this film is no better than its co-feature, but on a visual level 101 Acts Of Love is just wild to look at. The camerawork and lighting in the film is fantastic. The movie occasionally takes us outside, where we see a family hanging out in the woods for some reason ” oh, and there’s occasional poetry thrown into the mix – but the vast majority of it focuses on weirdly lit people fucking each other on strange clear plastic.

Susan Westcott , Debra Christian and Annette Michael show up here, and they all look quite good. The movie was previously released on DVD-R via Something Weird Video’s Bucky Beaver’s Stags (Volume 237 for those keeping score at home), Loops And Peeps series running forty-six minutes and taken from a rough and tumble old print. This Vinegar Syndrome release runs just over seventy-minutes so clearly it’s much longer and, not so surprisingly, more explicit. 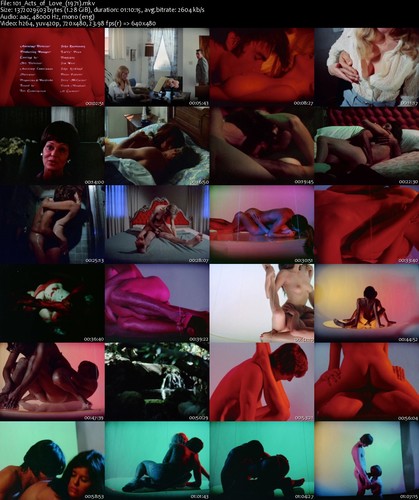