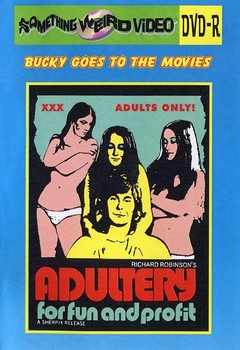 Description: Richard an attractive, virile young man living in a lush apartment, has a rendezvous with Janet. Janet is in the midst of a divorce proceeding involving a large settlement. At a climatic moment on Richard’s bed, a photographer steps out of the closest and snaps a picture. It seems that Richard is a super stud for hire in divorce suits, he earns 10% of whatever money he saves the husband by enabling him to prove that his wife is committing adultery. His fee from Janet’s husband is $10,000. He boasts that out of eight cases he’s scored on seven. Women in the process of divorce are especially vulnerable and Richard, expert lover that he is, is able to take advantage of their insecurity. His next conquest is June. However, June’s attorney, Manna was also Janet’s attorney and he recognizes Richard in both sets of photographs. He visits Richard and threatens him with jail unless he agrees to a partnership. Richard’s next playmate is Sylvia whose divorce settlement will exceed half a million… This was the Grand Prize Winner at the Amsterdam Adult Film Festival in 1971. But don’t hold that against it. It’s actually a tightly-paced, sexy chunk of hardcore filmmaking. It’s well-made (for a change) and the tantalizing cast of moist starlets provide some erotic fireworks. Richard has got it made. He’s an ultra-cool sweet-talker who preys on women divorcing their husbands. Men actually pay him to seduce their wives. He lures them into his web, smooth-talks them into chewing on his baloney, then hires a photographer to snap incriminating photos of them cheating on their husbands. Goodbye alimony! 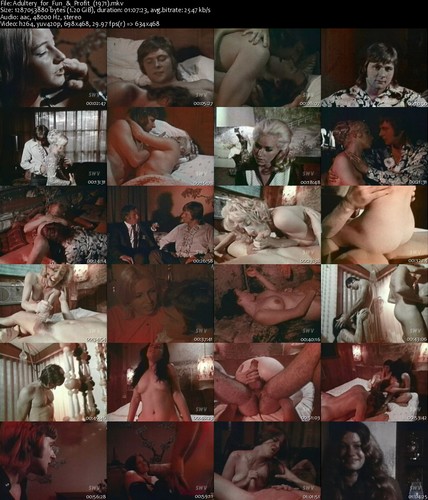