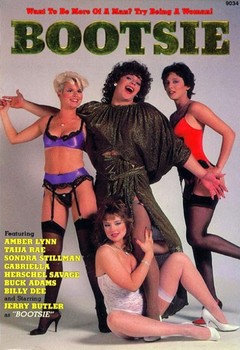 Description: Poor Eddie Curran (Jerry Butler) is having a hard time finding work as an actor. Then, one day, while working on the set of a popular “soap-opera,” Eddie learns of a new role opening up. The only catch is the fact that the part calls for a female judge. No problem. Eddie simply dons female attire and becomes “Bootsie.” Eddie’s roommate, Jer (Buck Adams) learns that Eddie just might have hit upon the best way to get laid as both admiring fans and actresses follow Eddie all over town in an effort to “get it on!” Soon “Bootsie” is known nationwide as fans tune in to “her” unique approach to femininity. “Bootsie” manages to change the viewers’ sex lives too, and everything is going fine until “she” fails in love with the beautiful Juliette (Sondra Stillman), and wants to throw off the facade. Too late, he finds her in the arms of Leo (Hershel Savage), the leading man. Leo is a rat, but “Bootsie” does him in. “Bootsie” wants Juliette to see him for what he really is, but all she wants is some easy lust. You’ll have to take this tape home to find out what happens when “Bootsie” finally exposes himself as having more than what it takes to satisfy a lusty female like Juliette! 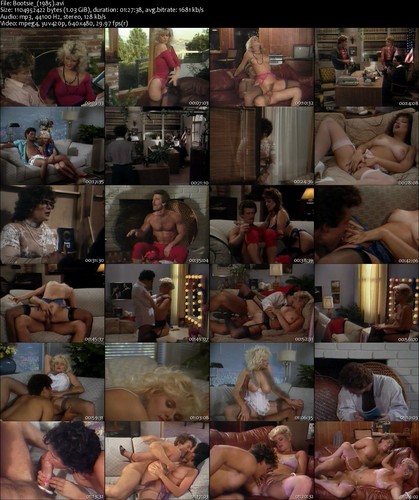