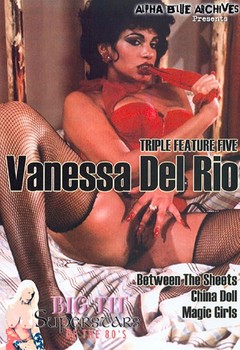 Description: China Doll opens with private eye Mickey Flynn discussing New York: “In 1648, the Dutch brought it from the Indians for $20.00 in trinkets. Some say they overpaid.” After first getting his balls drained by the babe he picked up the night before, the hard-boiled dick is off on a case: finding rich bitch Mrs. Muldoon’s missing daughter, Marjorie. Uh-oh. Looks like Flynn’s morning lay is, in fact, the missing Marjorie and everyone in the New York underworld is after her since she’s carrying a china doll which contains a quarter-million dollars worth of “dilithium crystals.” (?!) (Trekies take note! You now have a reason, however flimsy, to own a porno video! Steal daddy’s credit card at once!) Highlights include VANESSA DEL RIO, as a dancer who’s hoofed her way “from Vegas to Grossinger’s,” demonstrating the versatility of every one her bodily orifices simultaneously. It’s a three-ring circus with a dancing bear in every circle! 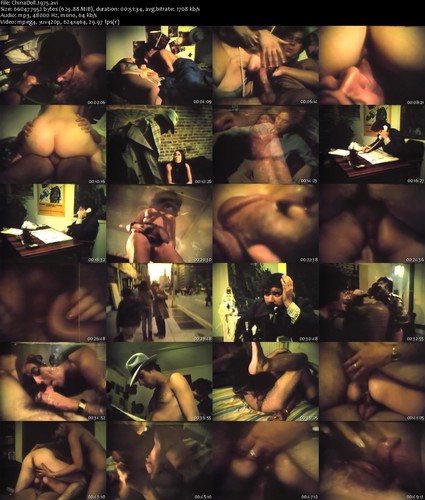