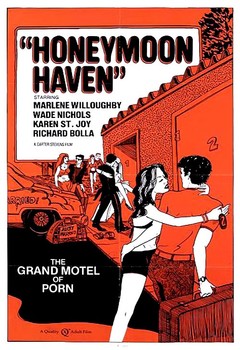 Description: Honeymoon Haven, is the latest adult film from Carter Stevens. It’s the story of the Honeymoon Haven Motel from its opening in the late 1940s through the present. Made by the team that produced such box office hits as “Lickety Split,” “Rollerbabies,” “Teenage Twins” and “Jailbait,” it has the right “period” look for each era shown. This careful attention to production detail and a real story line, in addition to non-stop sex, gives “Honeymoon Haven” the unmistakable Carter Stevens stamp of quality. 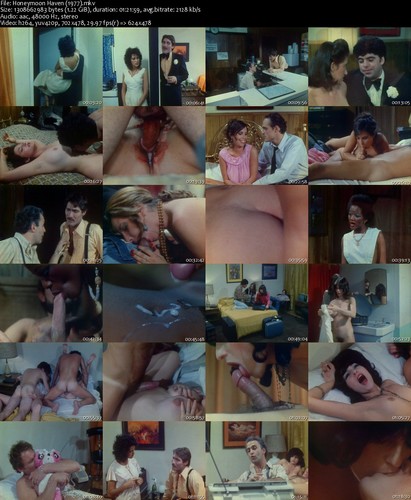