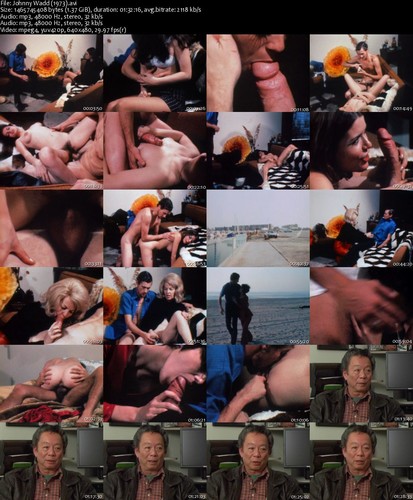 Description: John C. Holmes stars as the famous Johnny Wadd, a private dick for hire. The day starts slow: there’s no action, and no money. But, things pick up and John embarks on his most dangerous and exciting case to date. A Miss Bellamy’s friend, Jenny, has been missing for several days, so she gives John $1000 and some added incentive to find Jenny. While searching for clues, Holmes encounters Jenny’s sister, Sandy, who offers him $2000 plus some added delights to drop the case. John accepts gratefully but continues hunting for clues. He embarks on a high-powered chase which takes him to many hot-blooded encounters. Johnny Wadd always gets his woman. He and his famous attribute have never been put to better use than in this thrilling motion picture.