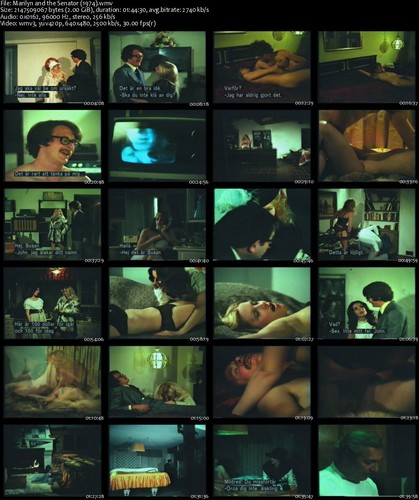 Description: Carlos Tobalina was one of the most prolific, X-rated filmmakers of the 1970’s and 80’s directing upwards of 50 feature films, and MARILYN ranks as one of his most outrageous endeavors. William Margold stars as ‘The Senator’, who, despite being married, agrees to impregnate a beautiful CIA angent. As complications ensue with the senator’s ability to ‘perform’, his wife and associates become increasingly suspicious of his affairs, resulting in a myriad of bizarre plot twists and revelations. Co-starring Serena, Sharon Thorpe, Dominique St. Clair, as well as a cameo from John Waters’ star Liz Renay.