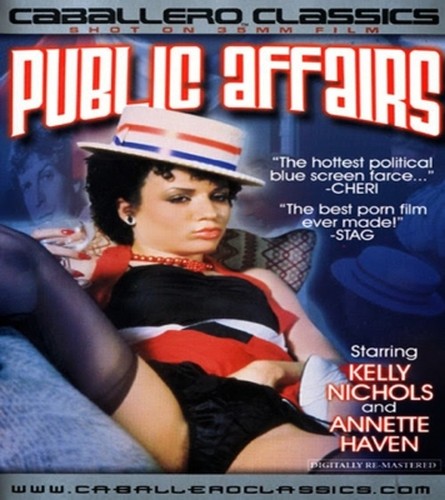 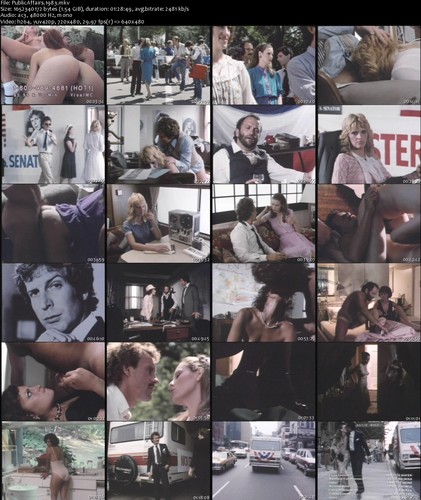 Description: Director Henri Pachard’s Public Affairs takes a singularly sexual look at what goes on behind the scenes in a campaign. Paul Thomas plays a corrupt Congressman and wanton womanizer who will screw just about anyone to win his bid in the upcoming Senatorial race. And screw he does, mostly with the gullible and gorgeous campaign volunteers who swoon at his feet. Annette Haven is an investigative reporter out to expose the crooked candidate, and she ends up exposing more than just a little of herself along the way. When Thomas meets up with an old girlfriend who dumped him back in college – played by Kelly Nichols – he grabs his chance to finally make it with her. But this turns out to be his fatal mistake, proving that politicians do indeed make strange bedfellows. In the end, Annette gets her man, but she ends up having a few fiery flings in between. Surprisingly classy and well-scripted, this ranks as one of Pachard’s very finest serious efforts. The script has something to say about the ways in which powerful men can often use their status to entice young starry-eyed interns into compromising positions — a theme that has proven even more valid in the years since. An undisputed classic of 80s erotica.