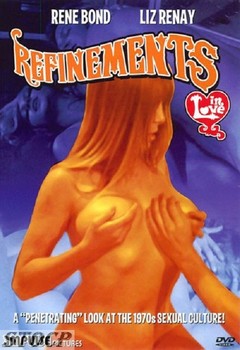 Description: This amazing cult-mondo sex oddity from acclaimed adult film director Carlos Tobalina is a sight to behold! Cross one part “hardcore” and one part “mondo” film, throw in some unbelievable music, then mix it up with some crazy editing (the opening credits appear 40 minutes into the film) and you have REFINEMENTS IN LOVE!
A penetrating look at 1970s sexual culture, REFINEMENTS IN LOVE is a jaw-dropping, pants-dropping film unlike anything you’ve ever seen before. Narrated by cult actress LIZ RENAY, this film is chock full o’ nudity and sex. You’ll see a woman hypnotised into the ultimate sexual pleasure, the sexual benefits of talcum powder(!!!), and even director Tobalina himself giving us a glimpse of his chic 1970s California mansion while he’s filming one of his famous “adult” features. Of course, you want to see this… as long as you’re a grown up! This “adults only” entertainment explores the pleasures of the flesh in a most unique and titillating way! Eagle-eyed adult film fans will also notice a rare early appearance from adult film starlet, Rene Bond! 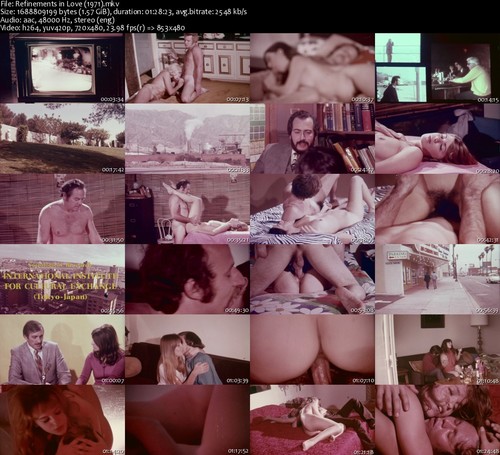