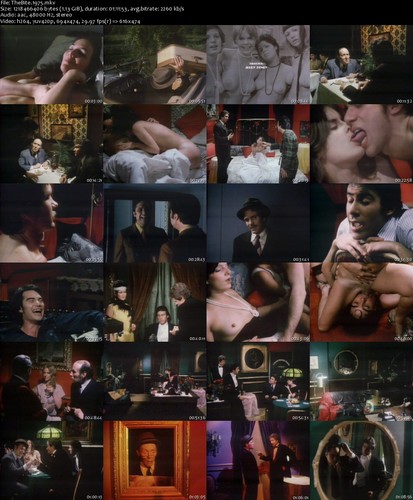 Description: A.K.A. The Big Con. Set in the early 1930’s, The Bite is a colorful parody of ‘The Sting’ combining sex, comedy and monkey business. Three cons (Sweet Kate, The Toledo Kid and Johnny Memphis) get together during a sexual frolic and plan a terrific scam aimed at local banker Francis B. Dobbs. Dobbs is to be seduced into buying a ‘house of ill repute.’ For this purpose, the trio recruits beautiful women and other convincing characters who pose as call girls, governors, senators and successful businessmen performing sexual acrobatics to persuade Dobbs to make the purchase. How Dobbs is left holding the bag builds to an unusual and comic ending!