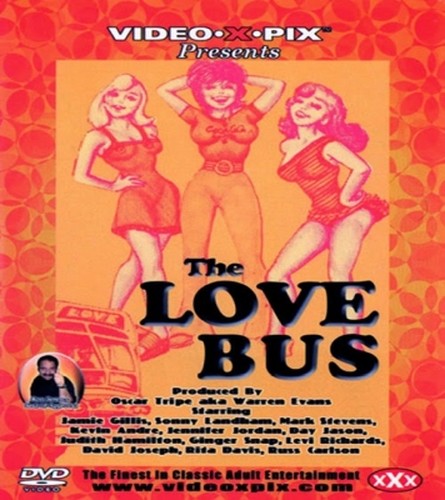 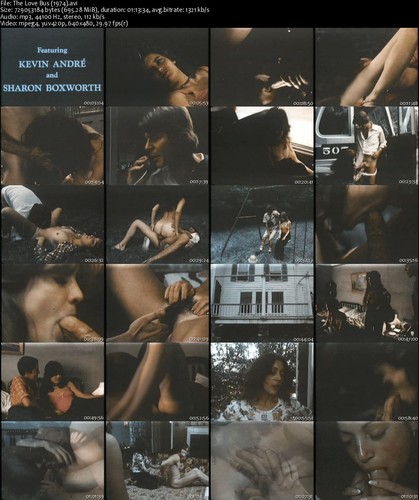 Description: A Prime example of what is meant by the term “New York Grinder.” The difference is that THE LOVE BUS has a bit more plot and eroticism than the usual raunch that is associated with the term. Call it a classy grinder and a hot sex film as well. Jamie Gillis plays Dr. Scheisekopf, a shrink who advises patient Jennifer Jordan to take the weekend bus to the Hotel Gross. She never arrives, since bus driver Kevin Andre (as Ralph, as in Ralph Cramden) crashes and the passengers wind up at Amos Johnson’s, (played by Sonny Landham), crummy country house. Levi and Ginger Snap have the outdoor scene after the crash; Jennifer Jordan and Marc “10 1/2” Stevens are on the swing; Jennifer and Judith Hamilton(Candy) have the lesbian scene that becomes a Landham 3 way; Day Jason and David Joseph are inside, with Russ Carlson( Evans as an actor) as George. Meanwhile, Gillis has a scene in his office with Rita Davis. Historically, this is one of the hottest films of its era.