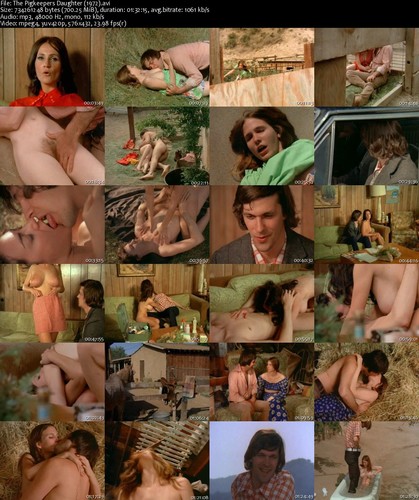 Description: This grindhouse favorite contains a great deal of softcore nudity and simulated sexual activity. Much of its modest charm comes from a fresh, enthusiastic young cast led by Terry Gibson as precocious hillbilly farmgirl Moonbeam Swiner. Director Bethel Buckalew runs through the usual gamut of farmer’s daughter/traveling salesman jokes fairly quickly, but also includes some unexpected oddities like the hero (Peter James) sodomizing a hapless motorist and Gibson letting a pig root for her love-truffles. Offbeat and kinky, this is sleaze like they just don’t make anymore. Fans will also want to look for the much better sequel, Country Cuzzins.