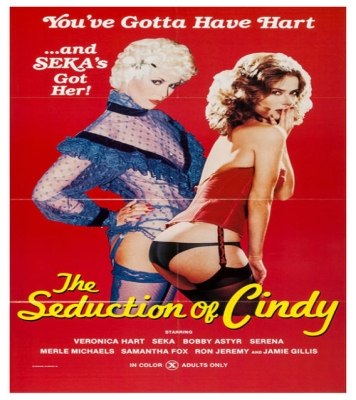 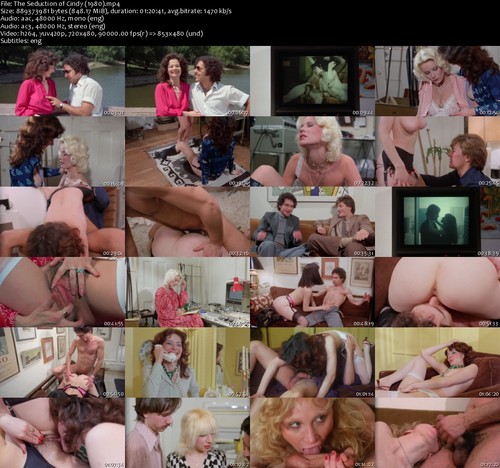 Description: The swing scene comes alive as glorious Seka and her sexy pals guide us through classic scenes of frenzied fornication and unrelenting erotica! The Seduction of Cindy stars both Seka and Veronica Hart. Seka plays the title role of Cindy. Veronica Hart plays her friend who relates the story of how Cindy’s Husband (Jerome Carter)enlisted her and others to “seduce” Cindy and make her a more sexual person. This happens in various ways which is the basis of the movie. Cindy works as a film editor so pornography is used to loosen her up. Veronica seduces her into a lesbian tryst. Bobby Astyr is asked to bring her a film to edit which is x rated and this gets Cindy (Seka) hot and bothered. Although Seka was not on the better actresses of her time, everyone else are well above average adult actors. Seka does a decent job and the sex scenes are pretty good. recommended especially for those who enjoy watching the “Golden Age” of Adult films