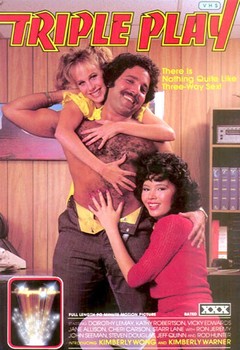 Description: Ron Jeremy stars in this naughty opus as the editor of a magazine that’s devoted to the palpable pleasures of the threesome. Along with shapely secretary Kristara Barrington, Ron pours through a pile of letters from readers who want to share their own threeway experiences with the world. As Ron and Kristara read the mail, we get to watch the contents of the letter spill out in scene after scene of torrid triad trysting. The flick sizzles throughout, largely due to the awesome allure of its female cast. Some of the tastiest women in 80s hardcore lend their talents to this steamy sexvid, going all out to please. Perhaps the most delectable damsel on tap is Bunny Bleu, the all-natural original gal who sported the name. Bunny’s breathtaking curves and sweet good looks lend an overpowering eroticism to her scene, and her enthusiasm and energy keep things white-hot from start to finish. Jane Allison is another treat, a little-known lust bunny whose ardor for her work is only matched by her scrumptious good looks. In the end, Ron decides to experience a bit of what he’s been reading about, and the flick closes in feverish fashion with a blistering office party. This is one triple play where nobody gets tagged out!” 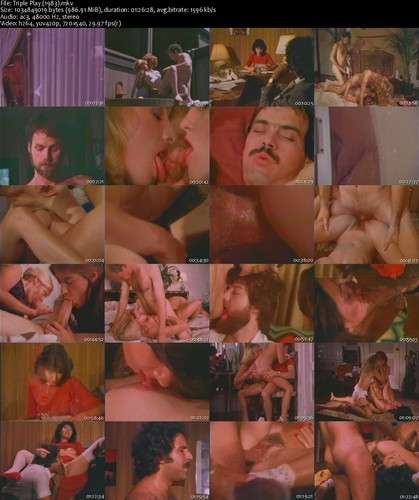