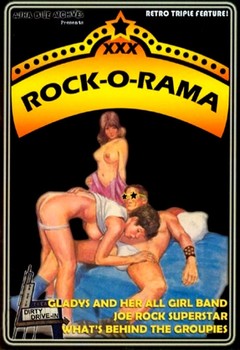 Description: Two such no-talents portray teenage girls, introduced salivating over magazines spotlighting David Cassidy, Rick Springfield and Bobby Sherman. They answer a spurious newspaper ad placed by wannabe Mickey (evidently named after Mickey Rooney, whose legendary talent as actor/hoofer/singer/drummer- you name it- he doesn’t share, but whose lack of stature is his birthright). Mickey’s scheme to achieve stardom, in those pre-“American Idol” years, is to hire groupies to shill for him. Surprisingly this scheme works, and many blow jobs later, executed by the gals on influential promoters and label magnates, Mickey is onstage in Las Vegas blowing his harmonica in front of a garage band to tumultuous applause (yeah, right). He humps blonde girl friend Karen on stage, cueing more applause (now that I can believe). The main groupie is a Melanie Mayron-lookalike, plump with huge tits. However, it is the extreme displeasure on her face as she is humped and even treated to impromptu anal sex here, that makes it all look coerced. One might argue that “coercion” was merely the result of terrific acting skills to simulate that effect in order to satisfy the audience’s need for rough sex, but that’s a stretch -the performers here don’t look capable of even rudimentary acting. 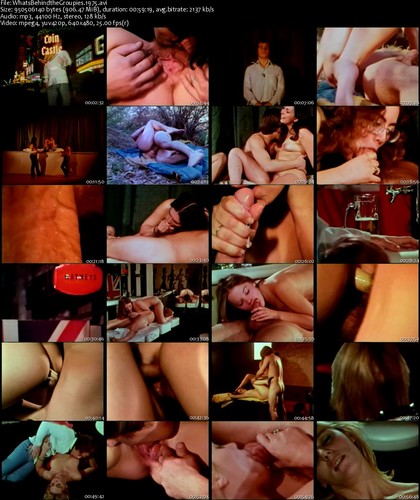